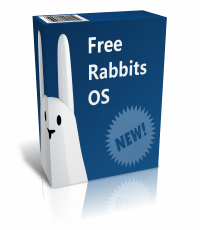 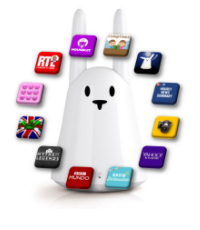 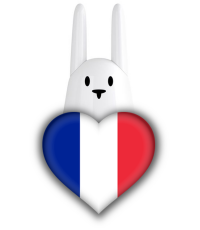 ♦ 3 minutes ago, a Karotz listened to Italian news from Ansa.it.

♦ 8 minutes ago, a Karotz told the headlines from BBC News.

♦ 8 minutes ago, a Karotz played a French mood.

♦ 16 minutes ago, a Karotz read a French story (Comptines).

♦ 16 minutes ago, a Karotz read a French story (Comptines).

♦ 18 minutes ago, a Karotz told a weather forecast in French from Open Weather Map.

♦ 23 minutes ago, a Karotz synchronized its time using a timeserver.

♦ 23 minutes ago, a Karotz played a French mood.

♦ 23 minutes ago, a Karotz synchronized its time using a timeserver.

♦ 26 minutes ago, a Karotz told a weather forecast in French from Open Weather Map.

♦ 28 minutes ago, a Karotz told a weather forecast in French from Open Weather Map.

♦ 33 minutes ago, a Karotz synchronized its time using a timeserver.

♦ 33 minutes ago, a Karotz changed its color to Blue.

♦ 33 minutes ago, a Karotz synchronized its time using a timeserver.

♦ 38 minutes ago, a Karotz synchronized its time using a timeserver.

♦ 2 hours ago, a Karotz listened to music from Concertzender Jazz.

♦ 2 hours ago, a Karotz listened to music from 'De Gehoorde Stilte'.

FreeRabbits moved to a new server

Today (29 January 2022), we moved our website to a new server. We hope you and your Karotz didn't notice it.

On Wednesday, July 14 2021, the main server in our data center crashed.
That's why we had an outage between July 14 and July 16. We apologize for the inconvenience.

All systems are up again. If your Karotz still doesn't show a green light, turn it off and on again.

As promised in April, here are some statistics from our database.

Today, we reached the number of 500 registered Karotz rabbits!
Thanks to our visitors and thanks to you registering your Karotz, our services are still alive.

In December 2019 we all heard the news about the Corona virus in Wuhan, China. Now, in March 2020, our region faces the same situation.

Because we can imagine that you want to follow the Corona news, we added three Corona-news-podcasts-apps to the Timebutton Appstore.